I’m no different.  When my father first told me that I was Irish (around six years old),  I went to the library and checked out every book on Ireland I could find.  Each page was filled with green pastures that stretched out to the ocean, castles dotting the rolling green countryside, and cobblestone streets in cute seaside villages.  As a young girl growing up in the deserts of coal-mining Utah, Ireland looked like the setting of a faraway fairy tale from a Disney movie. 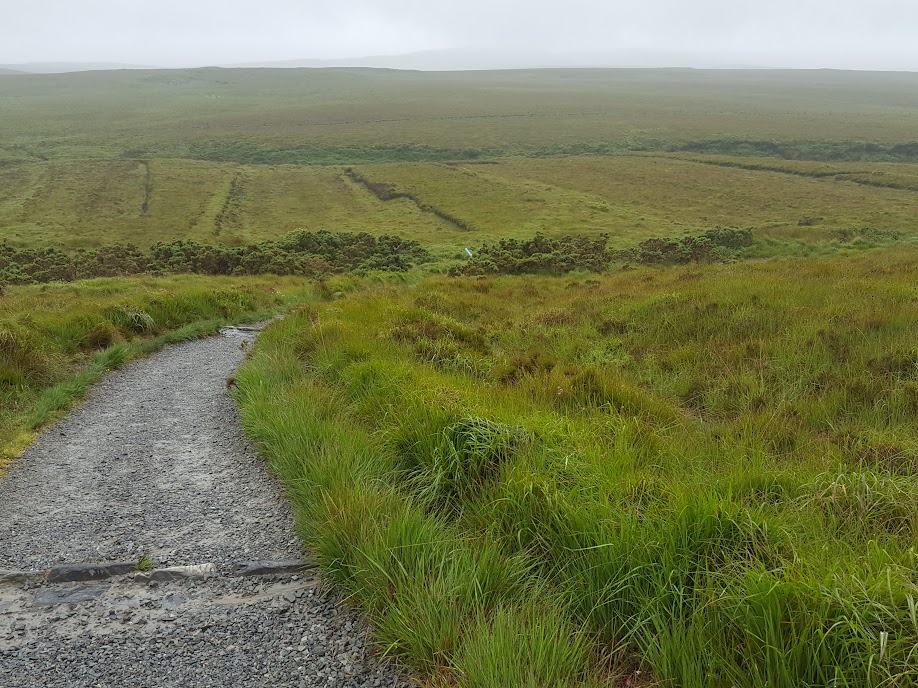 My Grandma Winnie left Ireland when she was in her early twenties.  Her father was a strict, Irish farmer who fit the stereotype: when he wasn’t drinking at the pub, he was beating his kids.  My grandmother loved to dance and sing so, despite my grandfather’s strict household rule, she would sneak out of the second floor window and run to the dance halls.  Usually she was able to sneak in and out undetected, but one evening her father caught her climbing back in the window.  She was beaten bloody.

“Winnie,” my great-grandmother told my grandma the next day. “Your brothers are going to inherit the farmland here and you’ll get nothing.  If you stay here they’ll make you labor on the farm and work you to the bone for nothing.  If you marry another Irishman around here it will just be the same.  Take this ticket to America and find your own future.”

Winnie journeyed to America, moved to Boston, and lived and died there.  She was a single mother to two children and worked a hard life of physical labor to give her kids the American dream.

I loved my grandma Winnie and was proud of my Irish heritage.  If I was going to Ireland, then I just had to go to her hometown in…

Carna in Connemara, County Galway (aka, the Irish boonies)

Connemara used to be its own county, but it was so small and unpopulated that it was eventually merged with neighboring County Galway for efficiency’s sake.  Connemara is a vast swath of bog and plateaus that is unlike anything I’ve ever seen.  Connemara is rugged, untouched by man, expansive and stunning in its purity. 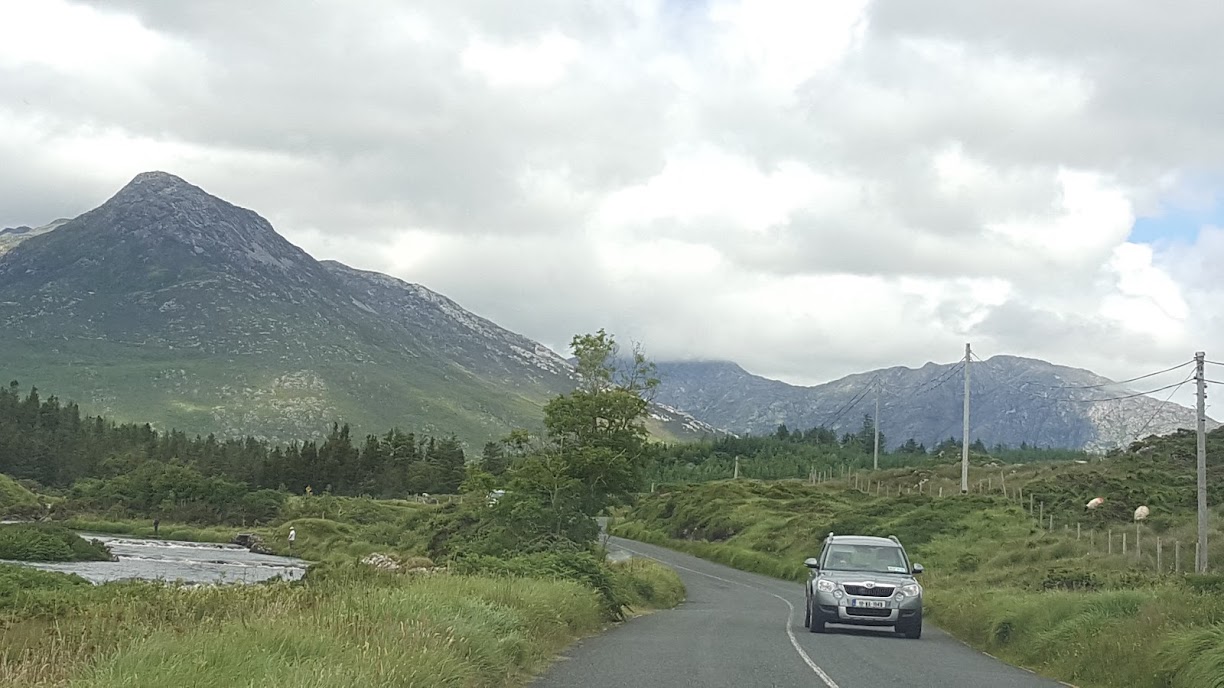 When husband and I were driving to Carna, we were surprised to see… well, absolutely nothing.  Much of Ireland is rural, but the area around Carna is so rural, you have to wonder if there are more sheep than men wandering around the hills. 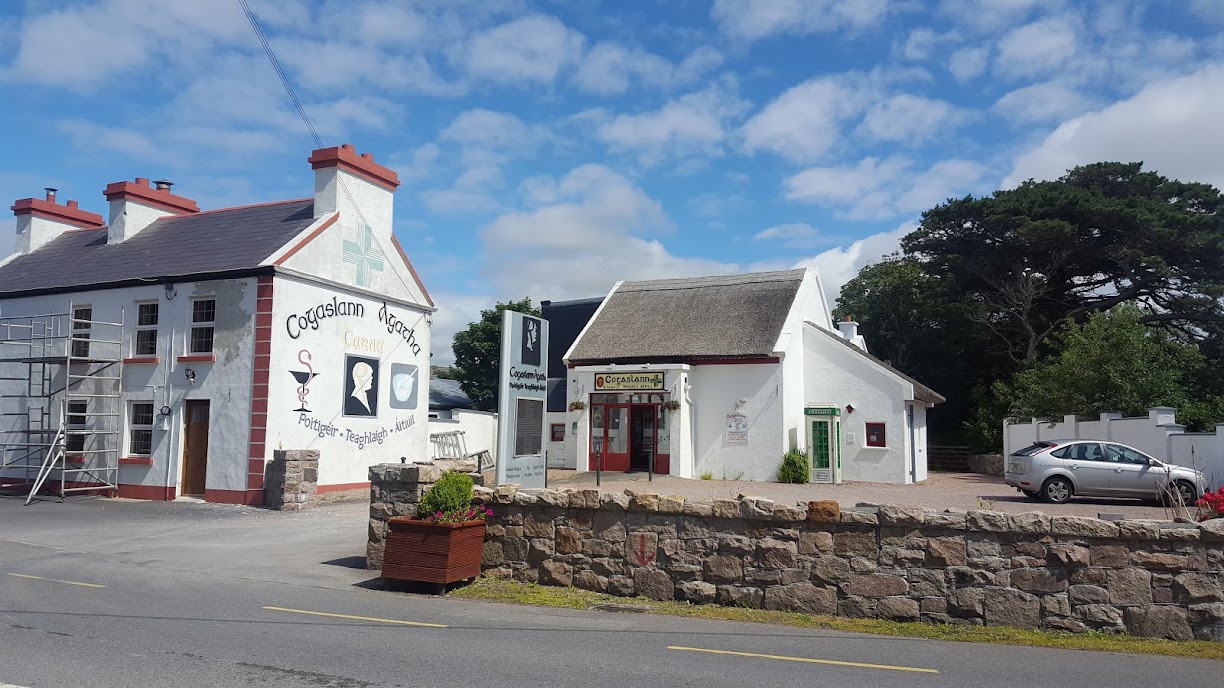 The town was tiny–basically, there’s only one supermarket, one church, and two pubs.  The ocean is so close you can hear the waves from the main road.  The church is the central point of the town, and next to it is a pub (go figure).  It was surreal to be in my grandmother’s hometown and think that she wandered these streets and went to this very same church.  Since there are only two pubs in the town, we go to the one that’s open and walk in to get some lunch. 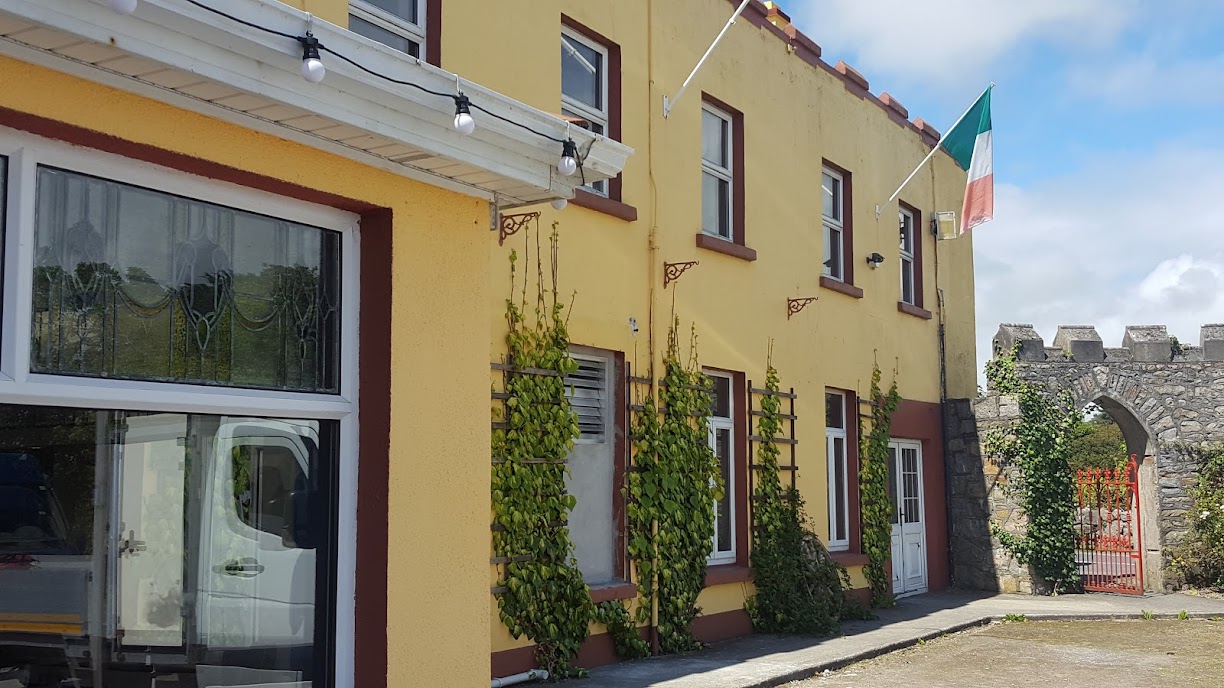 As soon as we walked in three elderly men at the bar craned their heads at the door.  They gave us a long, hard stare until they went back to nursing their pint of beer.  The peppy woman at the bar sat us at a table and took our order.

“Mary,” husband whispered to me. “I think I’m the first Asian person to ever be in this bar.  Or even set foot in Carna.”

Everyone in the bar spoke Irish gaelic.  The waitress told us that everyone in Carna actually does speak Irish with English as a second language.  In fact, Carna is known for being the last remaining town where Irish is spoken daily; thus, people in Ireland homestay in Carna for the sole purpose of attaining fluency in Irish.  Hearing the Irish-Celtic going around the pub had me feeling like I stepped back in time to a pub from Ireland in the 1800s.  I’m quite sure little had changed.

We didn’t spend long in Carna and, much to my disappointment, I didn’t learn more about my grandmother or any surviving relatives.  Being there felt surreal to me and it was hard for me to approach the locals to ask about her family.  Emotionally I didn’t have the strength, and I hope that someday I can go back to Carna better prepared to find some long lost relatives.

Although Carna is not a tourist destination, it really is stunning.  It’s rare to find a patch of Earth that has changed so little over the centuries.  The scenery around Carna is burned into my brain–it’s literally unlike anywhere on Earth (and is very different from other parts of Ireland).  If you want to hear people speak Irish, eat the best damn meal of mussels you’ll ever have, and discover a patch of Ireland untouched by time–maybe Carna is worth a stop.

And If You’re Going to Ireland, for God’s Sake go to Galway City: It’s a Must

When people ask me where they should go when planning a trip to Ireland, I immediately say:

“Skip Dublin and go straight to Galway.  Trust me.” 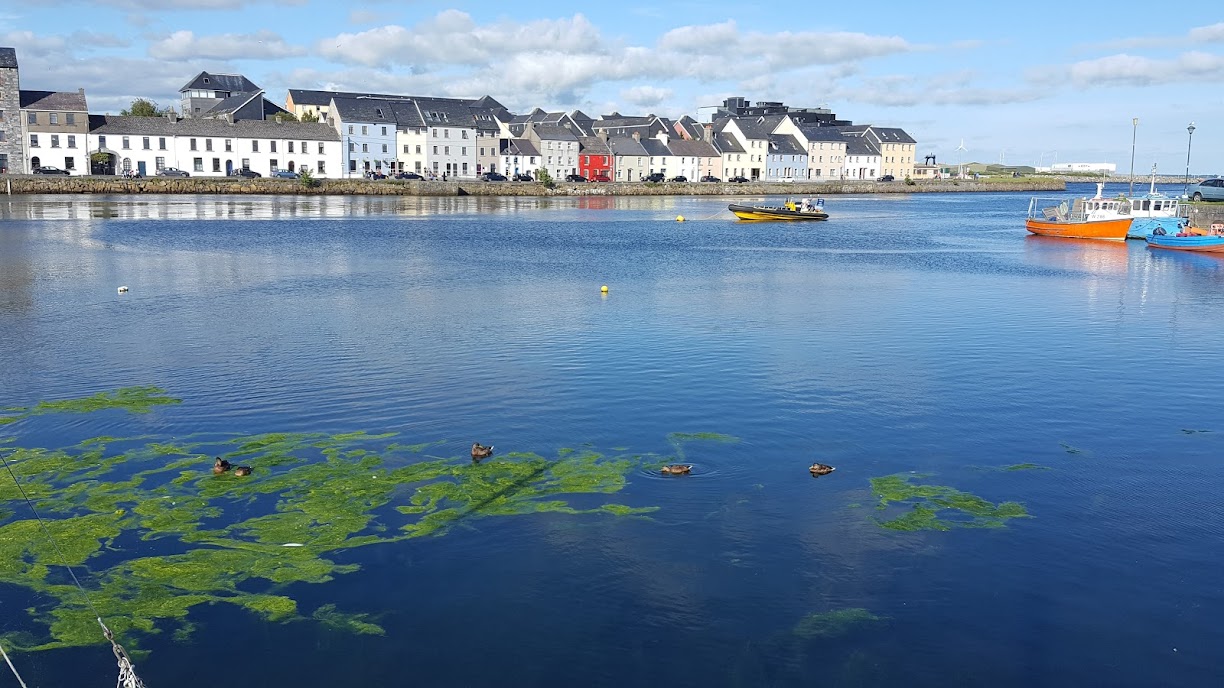 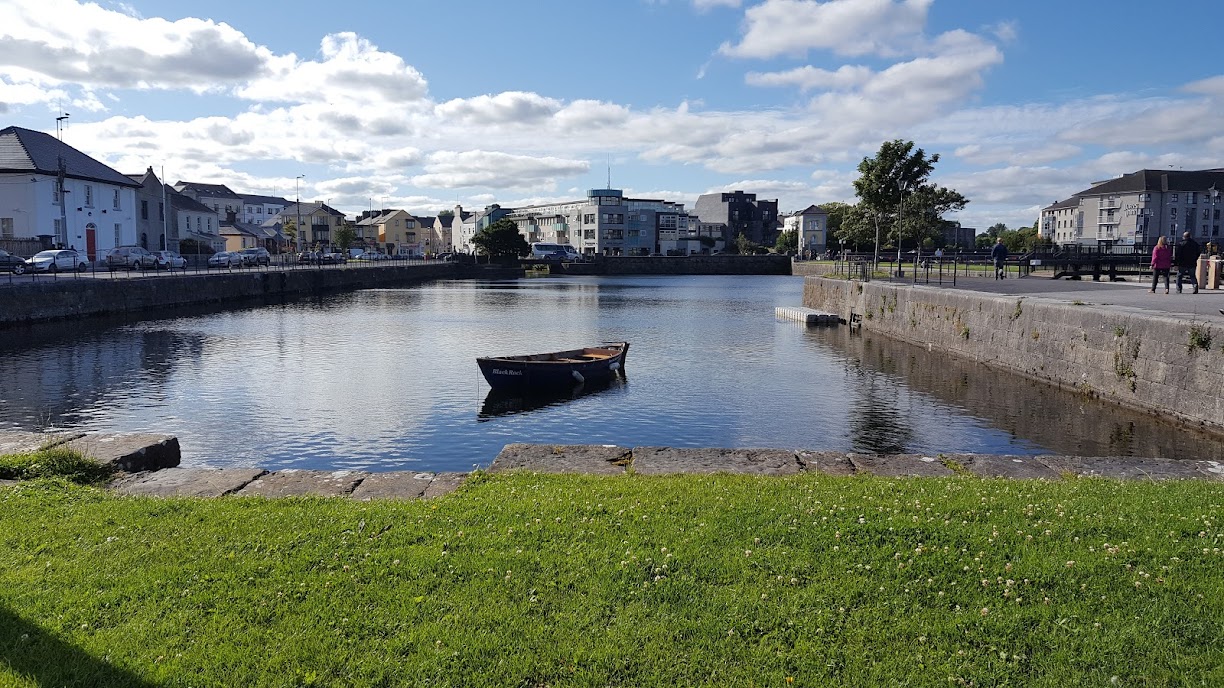 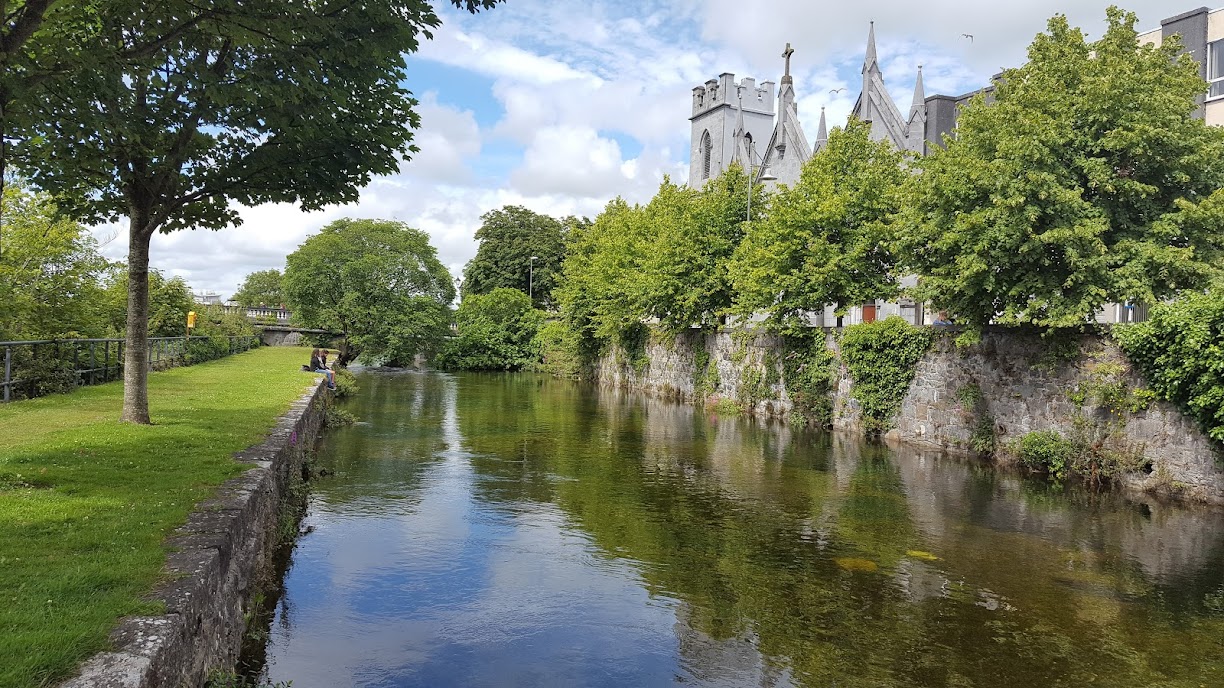 I’m not just saying that because I’m from Galway–I’m saying it because Galway City is the shit.  It’s like stepping into a modern, medieval city.  It’s a stunning city on the seaside that has cobblestone streets, charming medieval homes, and pubs that feel like they came right out of a fantasy film.  When you walk down the main street in Galway, you’ll find Irish performers dancing in the streets.  Smell freshly baked bred or a pot of Irish stew brewing nearby.  Hear the music of Irish guitars and tin whistles from the lively pubs flood onto the street.

It’s a nerdy reference, but I kept telling my husband that walking around Galway City felt like I was in a fantasy village in a video game.  The music would change depending on which pub or restaurant we happened to walk by, the medieval buildings and music felt like it was straight out of a renaissance fair, and approaching a random local to ask about the city was not only easy, but encouraged. 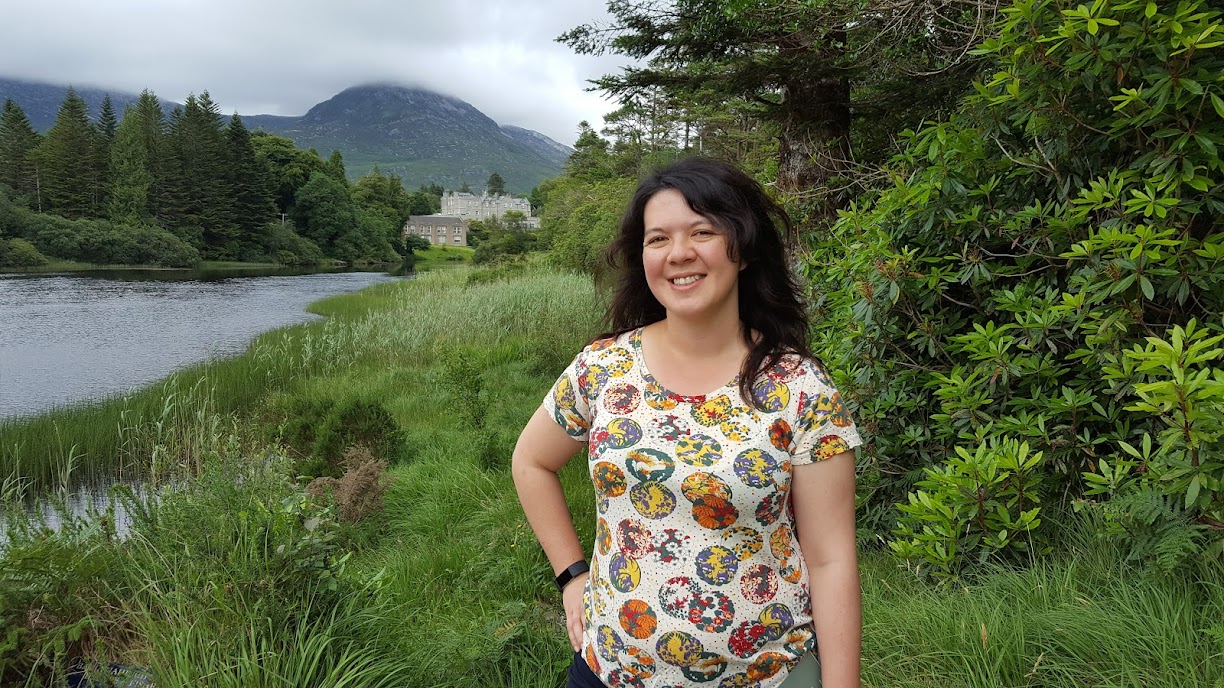 My Irish last name is not very common.  I’m not an O’Malley or an O’Hara.  In fact, husband teased me throughout the entire trip saying: “your clan must have died out, because I don’t see your Irish name anywhere.”

When we visited the National Irish Museum in Galway and we looked through the local history, I not only saw my last name right smack in the main exhibition–I saw that my clansmen were the original settlers and leaders of Galway.  I took a photo and beamed with pride.

Maybe my clan is dying out.  Maybe after the British ran the original Celt settlers out of Galway and killed many of them, a good chunk of my ancestors died too.

But I’m very proud of my last name and my heritage–it’s one reason I didn’t, and won’t, change my last name (even after marriage).  Luckily, I got a good husband who not only lets me, but encourages me to keep my last name.

7 thoughts on “Discovering My Irish Roots in County Galway, Ireland”