I honestly thought going back to school would be a nice break from “real, work life,” but it was actually more demanding and taxing both mentally and physically than my previous 8-5 office job.  In graduate school I literally spent 10 hours a day in the library reading (and comprehending) the 500+ pages of literature, as well as write an average of 2-3 essays per week.  Graduate school was a repetitive schedule of sleep-study-eat-study-sleep.  That was my life for ten months.

Although it was honest-to-god painful to do so much studying in such a short time frame, it was refreshing.  Instead of the repetitive, administrative tasks I was assigned during my previous job, I was pushed to think critically and write my thoughts clearly and with conviction.  I was given so much homework that unless I worked smarter and more efficiently, I wouldn’t finish.  The amount of knowledge I took in from graduate school is simply immeasurable.  Despite my initial hesitation and anxiety about going to graduate school, I can now say it was probably the best life decision I ever made.

Not only was I slated to graduate in June, but I also had four 20-page papers due for finals; my family was visiting from Utah, I had three days to pack up all my things and leave San Diego forever; and somehow I also had to make time to say farewell to the friends I made there.  It was really intense.  There were many, many, many sleepless nights.

And then, somehow, I graduated.  Unlike undergrad, I felt proud.  Like, holy-shit-I-can’t-believe-I-finished-this-hard-as-hell-program proud.  Myself and fellow classmates were beaming, smiling, giddy—we all were—because we all suffered together and somehow, someway, we made it.  Personally, it was a huge achievement and one of the proudest moments of my life. 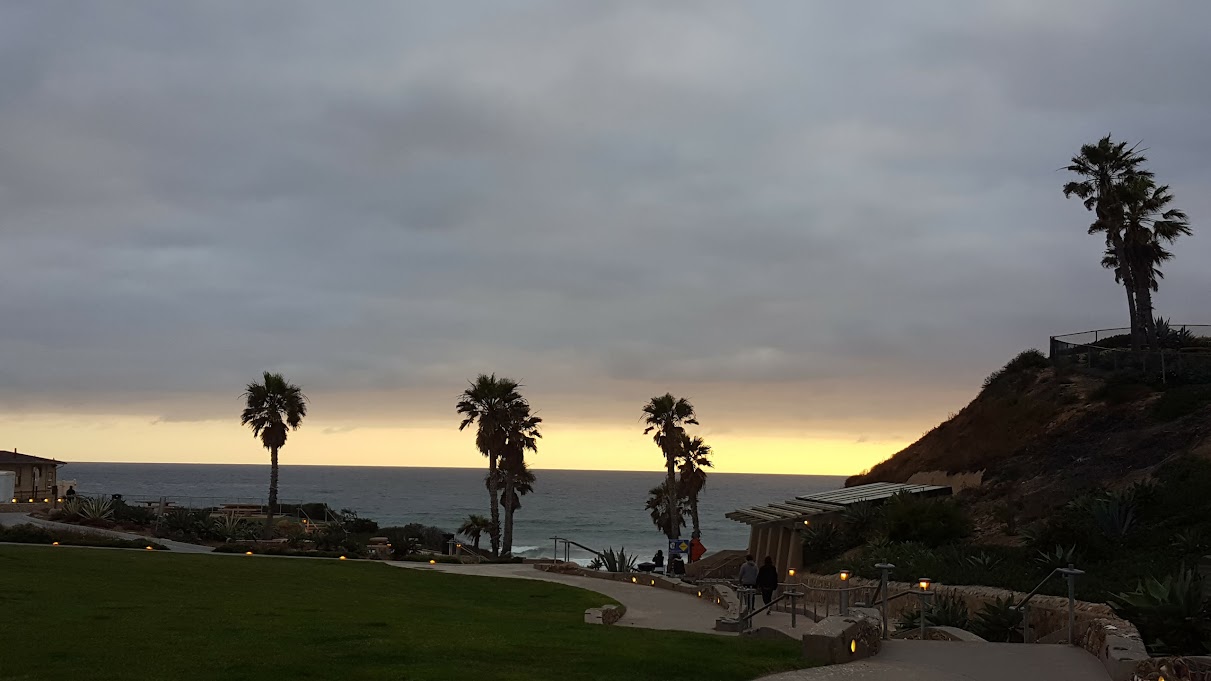 I had approximately five days to move all of my belongings, fix my damaged car, return the car to the dealer (since it was a lease), fly to Northern California to help my man move, then say farewell to family and friends and leave California forever and ever.  It sucked.  I was almost too busy to be sad.

But for some reason me, the girl who hates driving with a passion, became an emotional wreck when I handed the keys of my red Prius to the dealer and said farewell to my very first car forever. 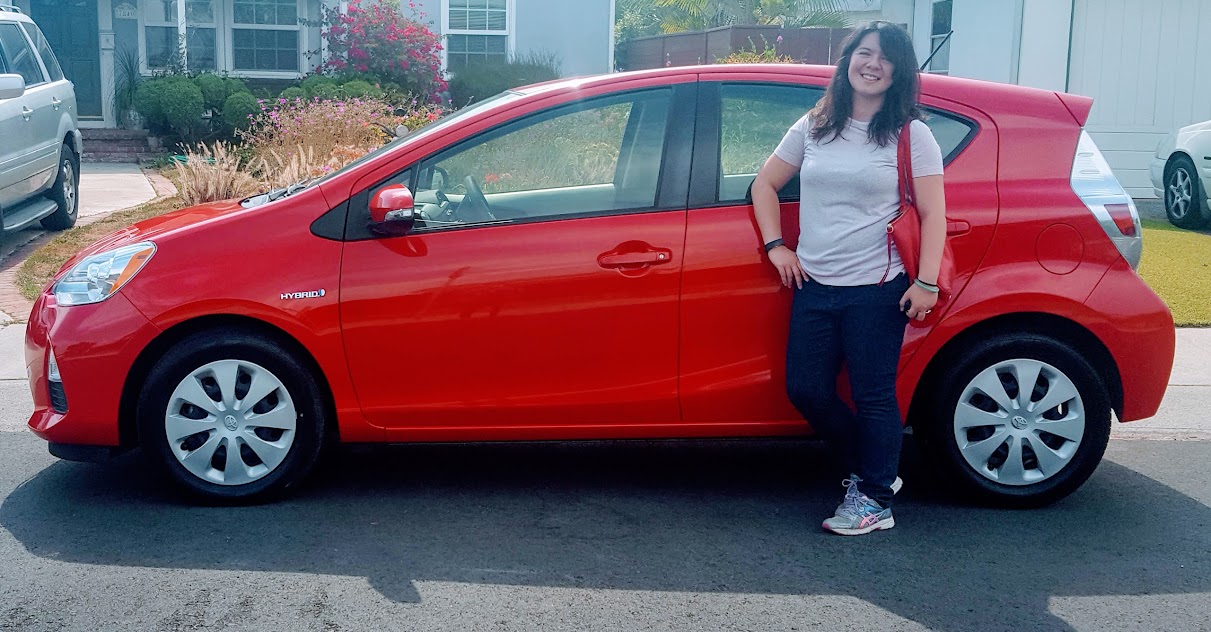 All things said and done, my Prius was “just a car.”  Yet to me, it symbolized my life in Southern California.  The first thing I did when I decided to stay in Southern California was go to the dealer and get the Prius.  It was almost like making a three-year contract with the state itself, because it’s impossible to cancel a car lease.  I remember feeling like a true adult filling out the papers for the lease agreement as my aunt and uncle stood by my side to help guide me through the process.  That Prius took me all over Southern California and was always by my side.  Fom LA, to the inland empire, to San Diego, and beyond.

And now it came full circle.  With my aunt and uncle by my side once more, I took the keys and gave it back to the dealer.  The return of one’s car in California can only mean one thing: Your time here is up.

California was a weird stage of my life.  It probably wasn’t the smartest place to move as someone who was trying to re-acclimate to US life (moving to the city with the world’s worst traffic? Brilliant idea, Mary!); but despite the initial pain, there was also a wealth of happiness and pleasure.  I met the man of my dreams, my socal coworkers became life-long friends, I spent more time with and got to better know my family in LA, and I went to one of the best graduate schools in the country.

California, despite my complaints, you’ve done a lot for me.

I don’t know if my life path will bring me to California again, but those three years not only matured me—they also blessed me with a wealth of fond memories.

Immediately following our move from California, my man and I were on a flight to Dublin.  We spent two weeks touring the north and west of Ireland.

And man, Ireland does not disappoint.  Like Japan, it fulfills all your expectations.  Ireland is now one of my favorite places in the world and will definitely become a repeat destination.

I’ll write a separate post on Ireland later, but all I can say is: just do it.  Just go to Ireland.  You’ll love it.

You know when people say weddings are stressful?

OMG THEY ARE SO STRESSFUL.  IT’S ALL TRUE.

Especially for the bride.  I mean, let’s be real, the bride usually plans the whole wedding.  It’s a long story, but neither my parents or in-laws really helped with the wedding planning, so I had to rely on my man and my maid of honor for all sorts of wedding advice.  Throw in a bridesmaid who threw out her back and canceled a few days before the wedding, along with a groomsmen who is—well, no other way to put this—an asshole and also canceled mere days before the wedding, and I had a complete stress fest on my hands.  Getting 20 Vietnamese relatives, 10 friends from China and Japan and a whole lot of out-of-towners to a venue in the Utah mountains was no easy logistical feat.

But we did it.

Thanks to an awesome groom, a stellar maid of honor, my aunt and her daughter,  helpful friends, some good vendors, an amazing venue and dumb luck—the wedding was perfect.  Our wedding was a smash success and almost everyone who attended said it was the most enjoyable wedding they have ever been to.

And of course, I’m happy to marry my companion, my soul mate, my best friend and my one and only.  He was so patient, understanding and helpful during the whole chaos of the wedding, and we were a happy, giddy couple on our special day.  Now that we’re married nothing really feels different—and honestly, I think that’s what leads to happy and long marriages.

Post-wedding my now-husband returned to work and I took my friends from China and Japan on a one-week road trip to Yellowstone.

I returned from Yellowstone, dropped off my rental car keys, went back to my parent’s home and crashed.  After almost three months of nonstop life events, I can finally give a sigh of relief.  It’s over.  It’s all done.  I’m free.

Will the Ruby Ronin Keep Writing?

Uh, duh.  Of course.  I have a slew of posts ready that range from Ireland, to Yellowstone, to wedding mishaps and more.  I promise to never leave the blog silent this long ever again!  I apologize dear readers—and trust me, I do miss writing—and you!

15 thoughts on “Graduating, Leaving California, Traveling to Ireland and Getting Married”