There are many moments that make up the Ruby Ronin’s 2018–but none ring louder than one word that acts as a theme to the entire year:

The Year of Texas 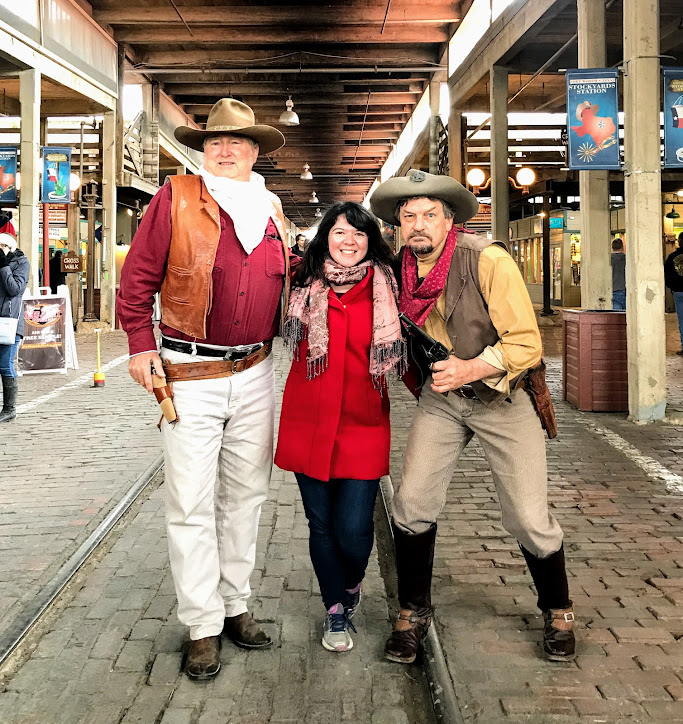 This time last year, I was horrified at the prospect of moving to Texas.  I remember sitting in our temporary Portland, OR home, staring out the window into a sea of gloomy skies and barren winter trees, wondering why the hell I was moving to Texas.  As the days nearing my move inched closer, my anxiety only grew.  Portland was starting to feel like home to me.  I was finally with my husband.  Life was good, despite being unemployed.  Why was I leaving again?

When I set foot in Dallas, I knew I wasn’t in Portland anymore.  Hoodies and tattoos were replaced with leather cowboy hats and boots.  In place of Portland’s public transportation and walkable streets were sprawl and traffic.  My European bakeries, a dime a dozen in Portland, were now replaced by Whataburgers, Chik-fil-a and jugs of iced tea.  Most of all, the trees, mountains, and nature I was so accustomed to in both California and Oregon were gone.  Now on the horizon were the flat, barren plains of America’s heartland. 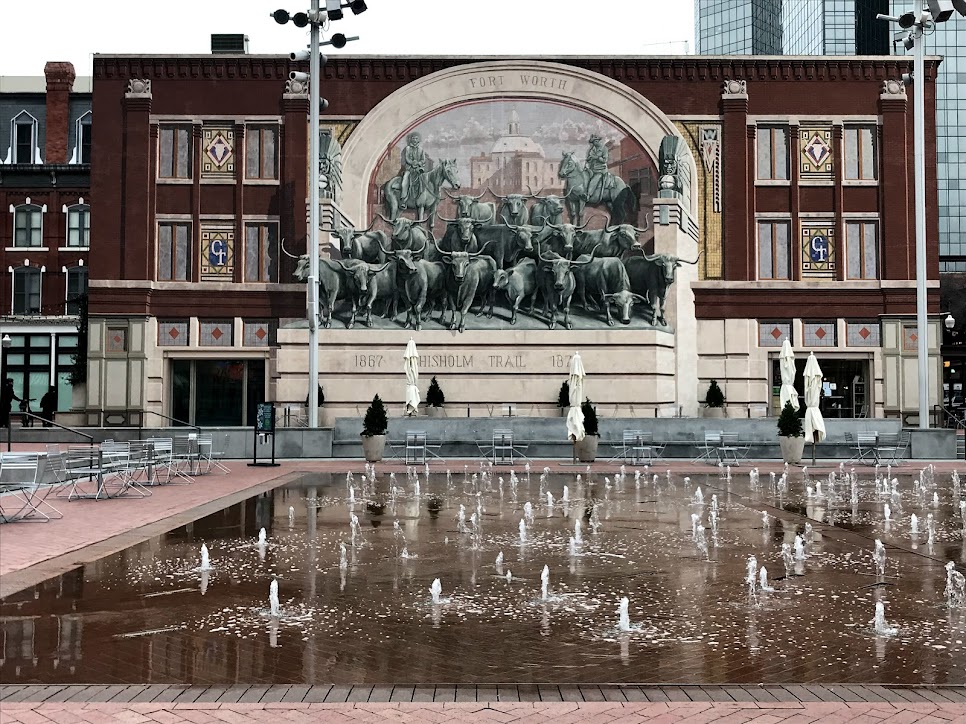 Still, not all was bad in Texas.  The people are polite, although distant.  The food is actually insanely good, and diverse.  The winters are mild.  The cowboy culture is kind of cool.  Many of my friends came to visit, and we had a great time exploring the city.  BBQ is awesome.

The Year of the Introvert 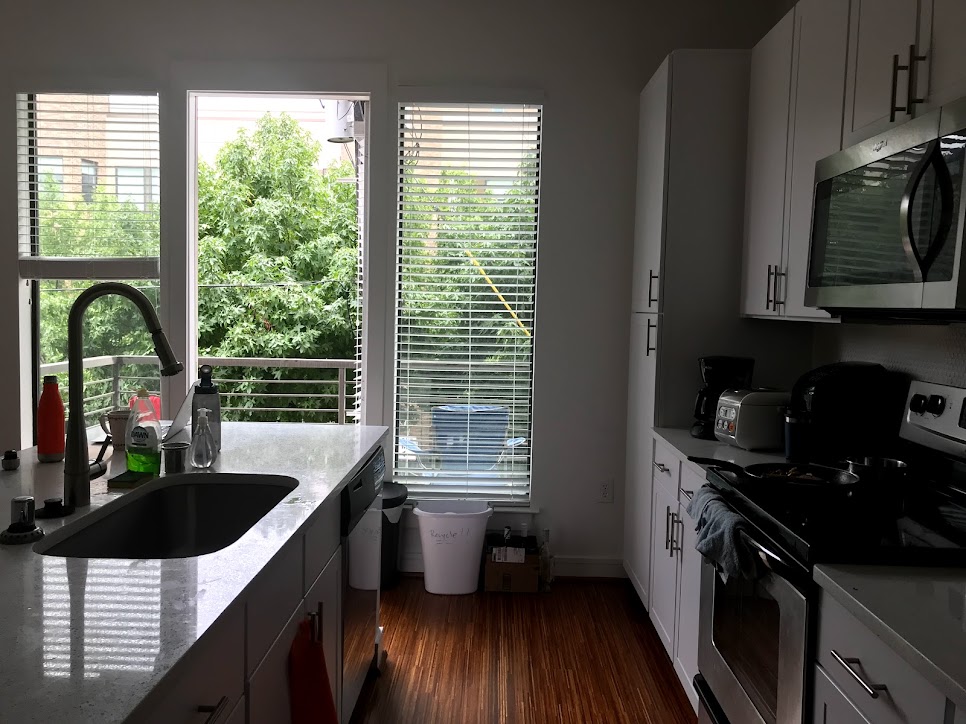 So, I tried to make friends at work–but let’s just say, it’s extremely hard to break into the circle of the South (all of my coworkers are native to Dallas or the South).  I tried Meetup groups.  Classes.  Group outings.  A few language exchange clubs.  It got me out of the house, but it was socially exhausting with few rewards–I didn’t make one single friend.

One Friday, instead of agonizing about how to meet people during my days off on the weekend, I said to myself:  I’m done.  I’m exhausted trying to make new friends in a new community yet again.  I’d rather be alone than try to befriend someone I’m simply not compatible with.

Now I go to the movies alone frequently (I’ve seen over 15 movies this year).  I read books like a maniac (one per week).  I go on many walks alone.  Binge watch TV.  Explore coffee shops.  Cook elaborate meals for myself.  Exercise like a maniac.

I don’t know if it’s a good or bad thing, but I’ve learned how to handle being alone for very long amounts of time.  I have discovered my inner introvert.

But still, the loneliness was crippling.  Worse than Japan.  I hope I never have to relive this ever again.

The Year of New York 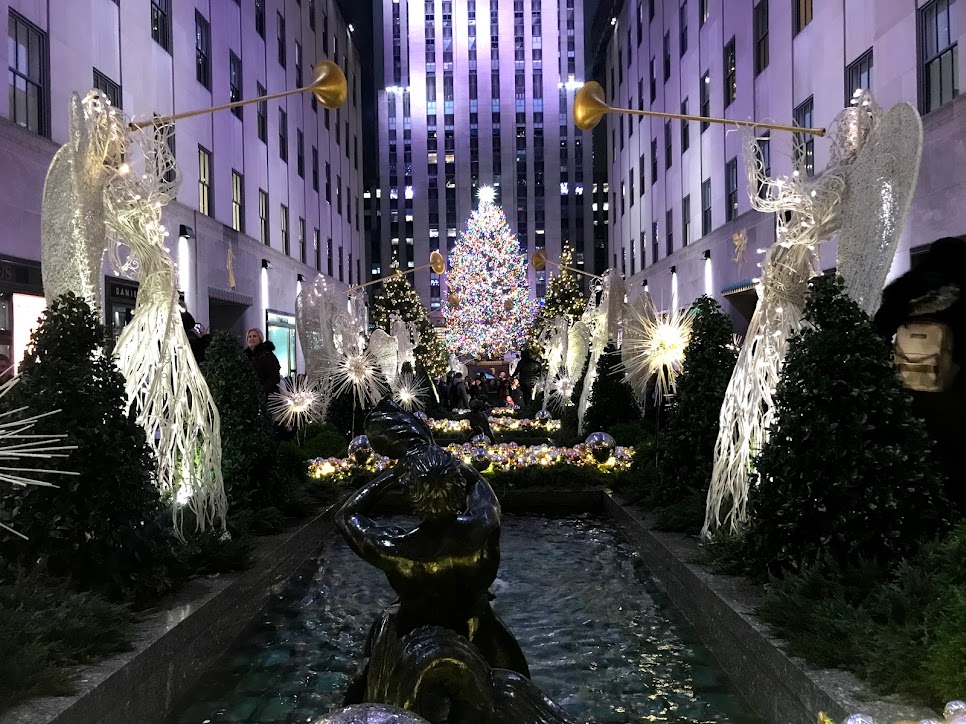 Despite forcing me to live in Dallas, all of my managers and teammates are in New York.  I was flabbergasted to move to Dallas and find out that I’m actually part of a larger New York team and I’m working “remotely” from Dallas.

As a result, I flew to New York–a lot.  Sometimes twice in a month.  I went from never setting foot in New York in my life, to flying there every other week. 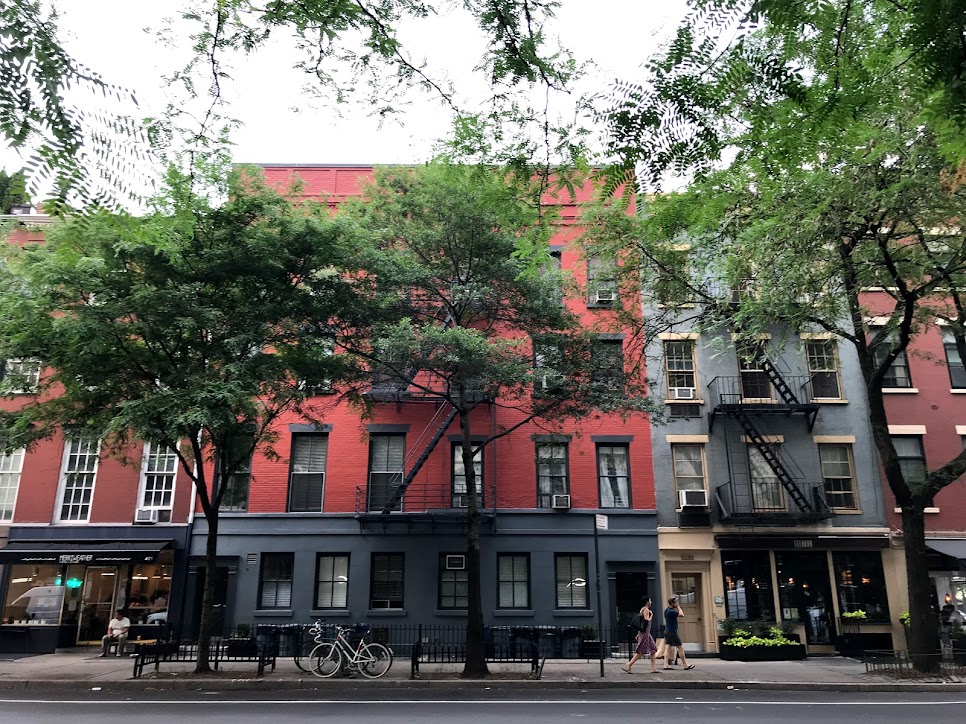 I love New York City–it’s the kind of place I always imagined it to be.  The neighborhoods.  The cast of characters.  The food.  The skyline.  It’s a place deeply embedded with character, history, hope and ambitions–and honest to god, there is nowhere else like it.  I may not want to live there, but damn, it’s a fun place to visit.

The Year of Jet Setting 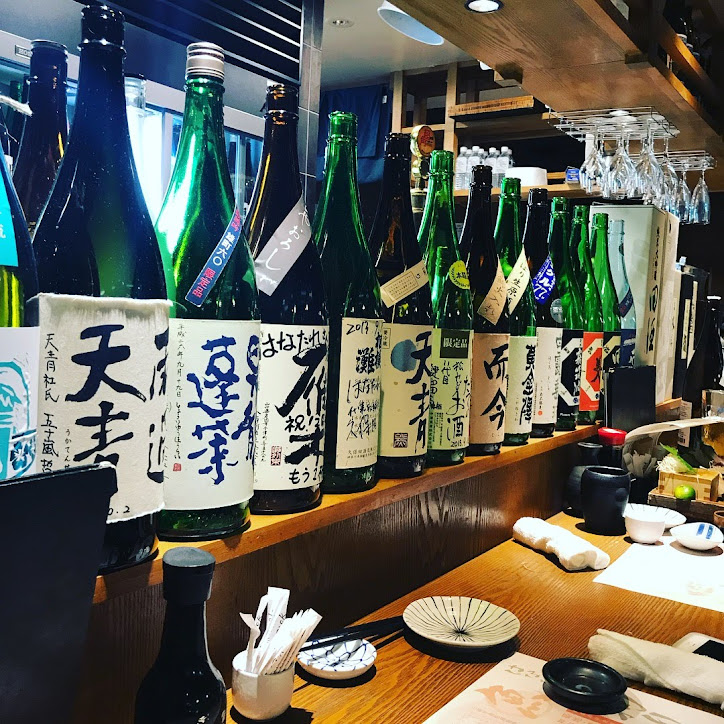 If I wasn’t flying to New York for a meeting, then I was flying to Portland to see my husband.  I had to go to the Bay Area for some holidays, and Utah for others, and a trip to New Orleans, Louisiana.  In terms of international trips, my boss suddenly put me on a plane to Japan in July and I traveled across much of Canada for a wedding and leisure.  In between, I hopped on a plane to see friends and family in California to keep my sanity.

The Highlight of My Year 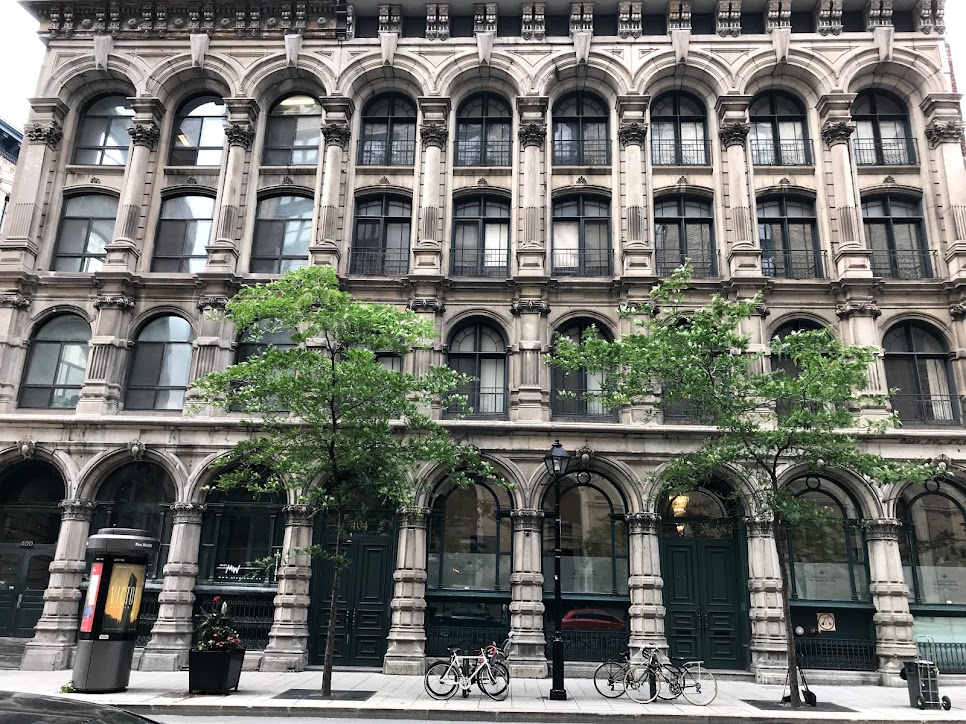 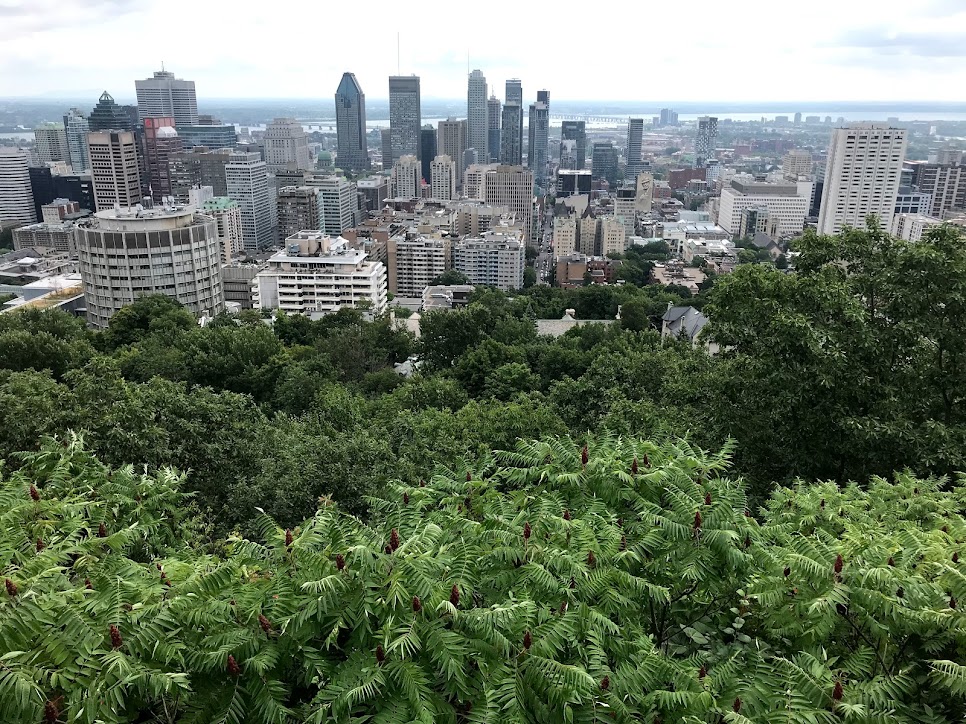 My husband took me to Montreal, Canada in August…. and I loved it.  The European architecture.  The good, French influenced food.  The bilingual residents. Parks, natures, and adorable neighborhoods galore.  Markets with fresh produce.  Delicious beer and coffee to kill for.

I’ll (hopefully) write about Montreal in a later post.  It’s a magical place and was my most memorable moment of 2018.

Overall, 2018 was the year of survival 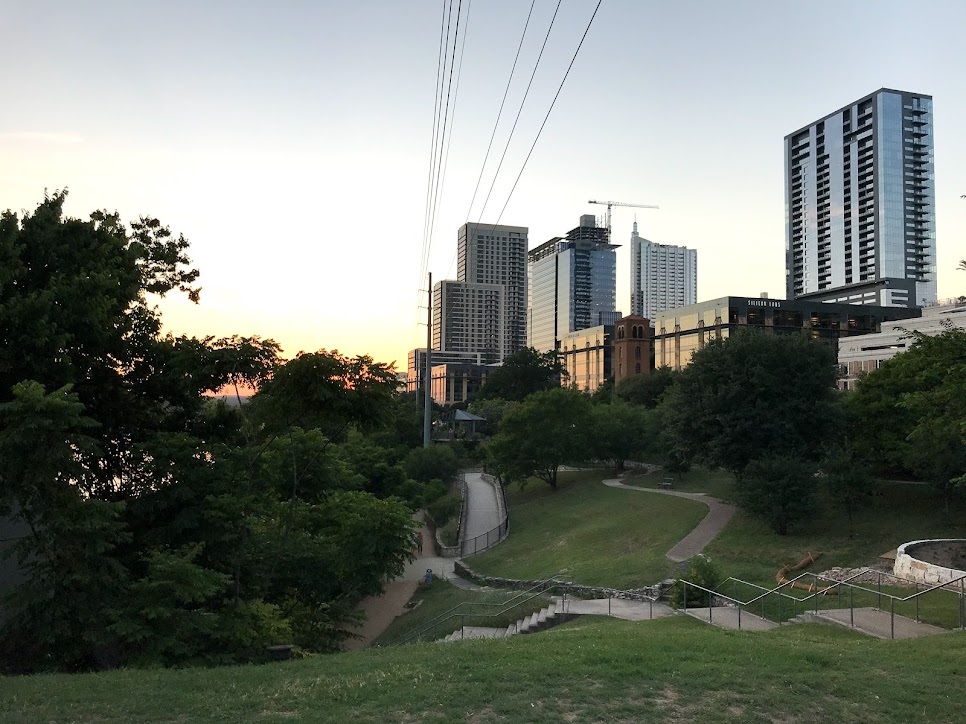 I try to be grateful.  I have my health.  All of my limbs.  My family is doing well.  I’m happily married and, as a couple, my husband and I couldn’t be better together.  We take vacations.  We both have jobs.  In some ways, we’re living the dream.

However, if I’m brutally honest on here–and somewhat selfish–I must admit that there were moments when I thought I wasn’t going to make it through my Dallas tenure in 2018.  The learning curve at my job was steep, and as a “remote” worker in Dallas I had no one to rely on for help or training–and I had no colleagues on my projects.  I failed again and again to make friends, and although in the end I was content with being alone, the isolation still stung.

I had no colleagues to vent frustrations to or ask for help, and I had no friends to fill the gap of loneliness created by my new workplace.  While I was physically healthy and on the financial upswing, my mental well-being took a huge nosedive in 2018.    This also explains my minimal updates on the blog in 2018…  I felt no motivation to write.

As this kind of lifestyle away from my husband was simply unsustainable, I decided to confront my boss.  A nervous Mary told a very high-ranking stakeholder that you either let Mary move out of Texas, or Mary’s going to move out of your company.

And I’m happy to announce that he not only consented, but was very supportive.  I can finally reunite with my husband.  We can finally be together–and I can keep my job.

The year of 2018–or Texas, as I like to call it–was a rough one. I survived, and I’m moving on up–back on up to rainy Portland with my husband.